Climate assessment: Midwest summer temps projected to increase more than any other part of country 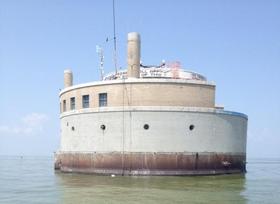 Michigan and the Midwest are already feeling the effects of climate change, which will grow and worsen as temperatures climb throughout this century, according to a new report.

The second part of the fourth National Climate Assessment looks at impacts, risks, and mitigation efforts across the U.S. It’s the work of scientists and experts from across a variety of federal agencies. While officially released by the White House, its conclusions are sharply different from the Trump administration’s position on climate change

“The evidence of human-caused climate change is overwhelming and continues to strengthen, that the impacts of climate change are intensifying across the country, and that climate-related threats to Americans’ physical, social, and economic well-being are rising,” the assessment says. “These impacts are projected to intensify—but how much they intensify will depend on actions taken to reduce global greenhouse gas emissions and to adapt to the risks from climate change now and in the coming decades.”

The report looks at the likely impacts on different areas of the country, including the Midwest. Among its findings and projections for the region:

·      Increased spring humidity will cause more rainfall, with serious implications for agriculture. It will lead to more potential for water-logged soil, reducing planting time and causing more soil erosion.

·      Rising growing-season temperatures will have a “pervasive” effect on forests. The region will likely have less tree growth and possibly “widespread tree mortality.”

·      The Great Lakes are at risk from rising temperatures. Current trends toward rising surface temperatures and declining ice cover will continue. Changes in the seasonal stratification of lake temperatures and higher summer evaporation rates will stress the lakes, possibly wiping out some species.

·      The habitats of disease-carrying mosquitoes and ticks will continue expanding throughout the region, likely leading to more cases of illnesses like West Nile virus and Lyme Disease.

·      Climate change will create conditions that make harmful cyanobacterial blooms like the persistent blooms in western Lake Erie more frequent and widespread. A combination of factors, including higher water temperatures and more agricultural runoff from more frequent rains will create favorable conditions for those events.

The timing of the assessment’s release on Black Friday raised some eyebrows, and questions about whether the Trump administration was trying to bury it. But on a Friday conference call, officials behind the report mostly ducked repeated questions about that. They said the timing had to do with getting the information out before two important upcoming environmental conferences, and “was not altered or revised in any way in response to outside pressure.”