The changing role of women in farming

During the 1970s and 80s, America lost millions of family farms. Agriculture was specializing, and getting bigger —   large dairies and croplands; monocultures of corn and soybeans.

Since then, there have been other changes: the local food movement, for example. And women have taken a bigger role in agriculture.

The number of farms owned and operated by women has tripled in the U.S. in recent decades. 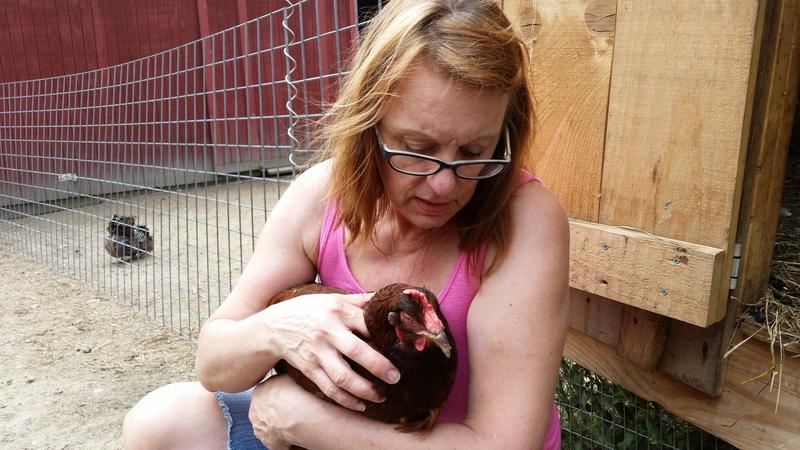 Gwenn Volkert and her husband milk about 50 goats every morning and every evening at their farm in Northeast Ohio. They’ve trained them to hop up on a wooden milking stand. While the goat eats, they attach tubes to its backside and turn on the milking machine.

Volkert is a computer sciences professor. She says they’ve been working on this goat cheese operation for the past ten years — ever since a work trip brought them to Paris for a night.

“Of course the only thing I wanted to do was eat cheese,” she says.

They did. And it was so much better than what she could get in Ohio then.

“And I simply stated as a fact that I’m going to make goat cheese,” she says. “And then my husband said, ‘I think you'll need some goats for that.’ And I go, ‘Well, that settles it. We need to get goats.’”

Volkert is part of a trend of women who aren’t necessarily farming to make a living — they want to provide better food for their families and communities. The U.S. Department of Agriculture says most farms owned by women have sales of less than $10,000 dollars a year. And they account for only 3% of total U.S. sales.

But there are also many women who want farming as a full-time career. Researcher Carolyn Sachs says many cringe when they’re called “hobby farmers.”

"Women are really furious, when, say, they're oftentimes not taken seriously as farmers," she says.

Sachs is a professor of women’s studies at Penn State University. She has written three books about women in agriculture.

“All of our women farmers say, ‘Are you kidding me? This is the hardest work I’ve ever done. You know, why would I do it if it was just for fun? I’m trying to make a living,’” Sachs says.

Women farmers have reason to be prickly about it. Until 2002, the USDA didn’t even count most of them as farmers.  The farm census had space to list one operator. On family farms, that usually meant only the husband was counted. Women were largely invisible.

Sachs says there are many reasons farms owned by women tend to be smaller, with less acreage. For one, many larger farms are still passed along from father to son.

She says women have found an important role on smaller and mid-size farms.

"A lot of these women, even if they've grown up on farms, aren't tied so much into this sort of masculine role of success — of getting the biggest equipment you can, you know, farming as much acreage as you can — that they don't have that as part of their identities. So, it's not as much of a risk for them to try new things."

And Sachs says many younger women are getting into farming, even if they didn’t grow up in agriculture.

Beth Lomske is 26 years old. She manages a two-acre demonstration farm near downtown Cleveland. It’s owned by not for profit organization, Cleveland Botanical Garden. She grows blue and white potatoes, herbs, and sunflowers. All kinds of stuff.

Lomske is part of the new wave of farmers selling directly to customers at farmers' markets. But she’s not in this just for fun. This is her career.

“There’s definitely this myth that you cannot make a living from the land and sustainable agriculture is fun, and it’s a hobby, but you’ll never pay the bills. But that’s totally, totally false,” Lomske says.

Once she has a little more experience, Lomske plans to start her own orchard with apples, pears, and cherries. She may be a woman, but she really just sees herself as a farmer.

For more statistics on women in farming, see this website from the United States Department of Agriculture.

Julie Grant is a reporter with the environment news program, The Allegheny Front.