Four bills could help the housing crisis in northern Michigan

Northern Michigan housing advocates say four bills in Lansing are a huge win for the region.

The bills are aimed at dealing with the statewide housing crisis.

One of the measures expands theNeighborhood Enterprise Zone program to all Michigan cities, villages and townships.

The program provides tax breaks for a number of years in exchange for development on a given property.

“It’s really a tool to help incentivize development and bring in more community development to a region that maybe has a vacant area or could use that opportunity,” said Yarrow Brown, executive director of Housing North.

Brown said this bill changes the rules: Enterprise zones had been limited to certain revitalization projects in downtown areas, but now all communities can have access to the program.

Brown also praised a bill that lets governments create laws that reduce the cost of building for developers, by lowering taxes for a fixed period of time.

Payment In Lieu Of Tax, or PILOT, policies let governments create ordinances to reduce taxes for developers. But the developer has to receive what Housing Michigan calls “highly competitive” state tax credits for low-income housing.

This bill would waive that requirement.

Traverse City Commissioner Tim Werner is eager to see what the city can do with the new legislation.

“There are opportunities for all sorts of creative things,” Werner said. “It doesn’t have to be so cut and dried. Like what are we trying to achieve? What’s possible? So I’m excited for opportunities for private developers as well as the city moving forward with redevelopment of its underutilized properties.”

Werner said there’s at least a dozen city owned vacant properties that he would like to tap into for housing opportunities. That includes two downtown parking lots that the city wants to redevelop into housing.

A City Commission agenda from March outlines some of the vacant properties, starting on page 17.

The Michigan Housing Coalition partnered with Housing North to draft the bills, which also include:

The measures need one more look by the state Senate before they can go to the governor’s desk. 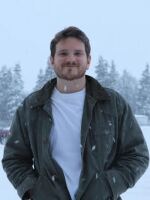